Buster Bros!!! and MAD TRIGGER CREW are preparing to face off but they hear of North Bastard, Akabane Division representative group, that didn't pass the qualifiers but has come back with a vengeance after replacing two members. Buster Bros!!! find out they are slated to go against North Bastard soon and hear that for some reason, the teams North Bastard goes against all have problems with their Hypnosis Mics. At around this time, Ichiro Yamada is reunited with his childhood friend, Kazusato Doan who moved away several years back but came back after his father has passed away. Kazu implores Ichiro to not face off against Akabane but he replies that he can’t step down.

Looking into Akabane Division, Rio Mason Busujima recognizes the neck tattoo on one of the new members and brings his teammates to a military research facility. He tells them about Kenei Saragi, a former military researcher who stole some military secrets and then went AWOL. Jyuto Iruma notices that Akabane must have something up their sleeve and asks if Samatoki Aohitsugi is going to go to the Buster Bros!!! vs North Bastard faceoff. Samatoki says he doesn’t care what happens to Ichiro, so Jyuto and Rio decide to go without him.

It’s revealed that Kazu was actually the third hooded member of North Bastard all along who joined because he was angry at the world - his father was attacked and died in an ill-equipped hospital. When Ichiro tries to activate his Hypnosis Mic, he finds that it’s not working. MAD TRIGGER CREW notices a figure with the Hypnosis Canceller prototype and with Samatoki's help, they neutralize him. Without their advantage, Buster Bros!!! defeats North Bastard, so now they're ready to face off MAD TRIGGER CREW. 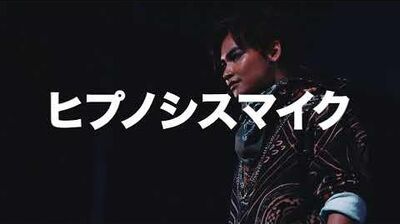 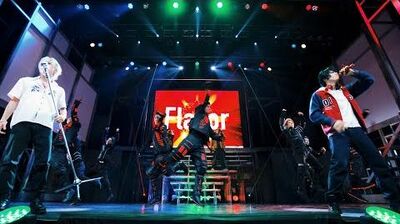 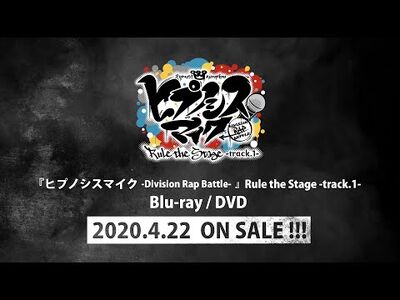 Retrieved from "https://hypnosis-mic.fandom.com/wiki/Hypnosis_Mic_-Division_Rap_Battle-_Rule_the_Stage?oldid=17952"
Community content is available under CC-BY-SA unless otherwise noted.