Party of Words (言の葉党) is the matriarchal government party, based in Chuohku ward, led by Otome Tohoten. After the end of WWIII, the Party of Words came into power in a coup and took control over Japan. 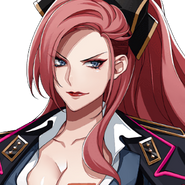 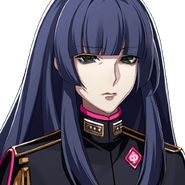 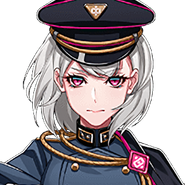 As a part of their plan to take control over Japan, the Party of Words established the mass development of the Hypnosis Mic. Soon after the prototypes were finished, Otome Tohoten used it to take down the Prime Minister and unconditionally proclaimed the Party of Words as the new government of Japan.

After executing their coup, the Party of Words established their center in Chuohku and split the country into "divisions," the only areas where men are allowed to live. All firearms in any shape or form were prohibited. A select amount of men were equipped with the Hypnosis Mics so they could participate in the rap battles to reclaim territory from other divisions. The Party of Words also built the wall around Chuohku to split it from the divisions and set up security systems around the ward.

Several years later, the Party of Words hosted the Division rap battles, a grand competition between the division representative rap teams. The winner would get money and superiority (within the Party of Words limits) as well as the territory from losers' divisions.

Add a photo to this gallery
Retrieved from "https://hypnosis-mic.fandom.com/wiki/Party_of_Words?oldid=18575"
Community content is available under CC-BY-SA unless otherwise noted.