Rhyme Anima's Mixtape is a song, performed by Division All Stars.

The track was split in four parts and featured in the first episode of the Hypnosis Mic -Division Rap Battle- Rhyme Anima as four separate insert songs.

It also was used as the ending theme for the thirteenth episode and was included into the Straight Outta Rhyme Anima album. 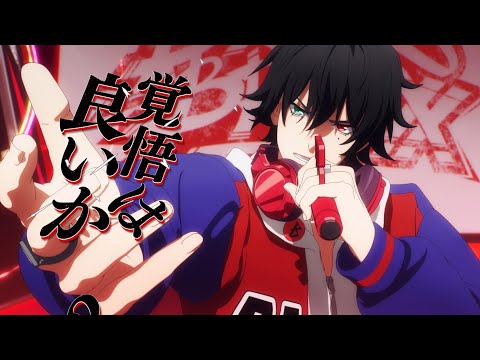 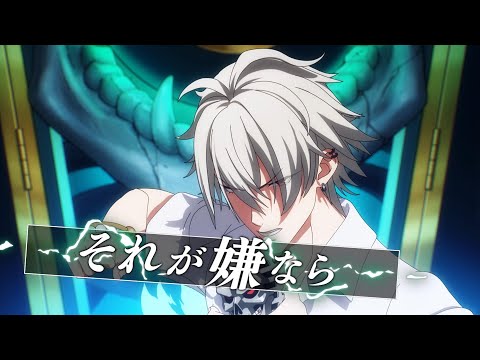 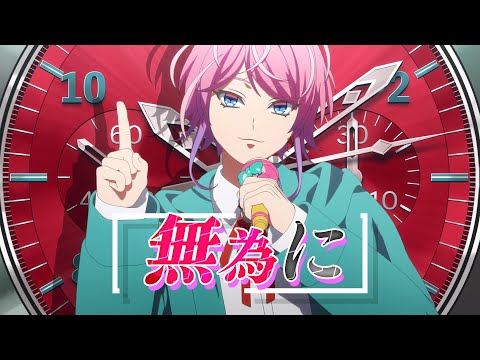 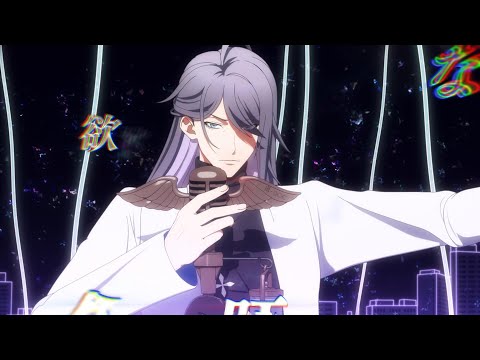 Let's go! Bukuro city's memoirs
Ichiro presenting a thousand hits
Hey yo, you ready for this?
How unfortunate for you to have come across me
I ain't going easy
No use plugging your ears
What's up?

---(Jiro Yamada)---
Everyone who came for a beat down will get a warm welcome
No no, lemme summarize it for you, all you player wannabes
Knocking on heaven's door
Cry and fight back, but after that you're headed down the stairway to hell
Shut up idiots, my patience is running out

---(Saburo Yamada)---
Hmm~ It's like you're following a script
You seriously lack artistic skill
How gutsy of you to think you'd be safe
walking through Ikebukuro gates
Yes! Yes! Without a doubt
you're in for a punishment
When I attend your mass gymnastics competition of idiots
instead of a bouquet I'm gonna bomb you with rhymes!

---(Buster Bros!!!)---
Let's go all out, you various types of small fry
I'm gonna cut you into thousands of pieces
Going round and round but there's no end
exterminating you all at once would be the best, huh
Looks like not a single one is left, good job!

---(Samatoki Aohitsugi)---
I'm a gangster, major disaster
At best you're a hamster
You look like an imbecile
Aah, so fucking pathetic, time for a purge
If you lack the spirit of chivalry
Well that's the end for your heroism
I'll stare at your face for an example of what NOT to do
What a joke, lemme help you move your face's elsewhere
To the deep sea, let's see who of you is worthy of being shark food
If you don't want that, then to the slammer you go

---(Jyuto Iruma)---
In this town, night after night
Seedy guys sell their small bags
Once again the streets are filled with post war thugs
And nasties wasting in the slums
But if you try to do something behind my back
I'm gonna get you with a charge of larceny

---(MAD TRIGGER CREW)---
Gang, police and navy together
All together, nah mean
We don't have any trashy justice
Cause we're thuggish refugees

Gang, police and navy together
All together, nah mean
Chaining vivid rhymes together
What's even the meaning in that?

---(Ramuda Amemura)---
Shibuya guerilla jam session
Yes! It's time for a lyrical fashion show!
”What?” ”Really?” Yes, believe in the magic
I'll be raising all kinds of illusion just in a moment
It's a block party, with a meaning really deep~
Ramuda laboratory working attentively
Love logic, my nature's super positive
A foolish apogee, hold me tight!

---(Gentaro Yumeno)---
Demon slaying Momotaro?
No, it is I, Gentaro Yumeno
A writer with talent from a previous life
And with a dog and a monkey in tow
A novelist easily filling these four verses

---(Dice Arisugawa)---
Is that so, well I'm completely broke
Time for this stray dog to spit out some rhymes
Random variables make a party, like when you win
A mountain of winnings like kaching-ga-ling!

---(Fling Posse)---
As always, let's idle in the lit streets, it's coffee time
Success is important, time for a strategy meeting
but we're struggling, disjointed as a team
Tick tock, the time just ticks away
Well, it's just like us,
as long as we're having fun, isn't it fine?

---(Jakurai Jinguji)---
This sign, tearful and hoping for salvation
Is like that of a 9 years old child's
We cannot avert our eyes for we are Matenro
The surrounding stifling humidity goes on and on
With rhymes and flow we'll describe the good and bad of this town
Pandemonium: Kabukicho, unfamiliar intonations
of these diverse planets full of vigorous appetite

---(Doppo Kannonzaka)---
Chances through grumbling
Chances through connections
No matter what, it's all unfair
Don't become someone else's fertilizer, don't rot away
A huge misfortune, I'm just so unlucky
There just had to be a serial collision accident
When you hit a fancy foreign car
You can't possibly play the victim, right?

---(Matenro)---
Once a black market, now it has the role
The heart of Tokyo, Shinjuku Town
A melting pot of various lifestyles
But don't make the mistake
Of breaking the rules of this place

Once a black market, now it has the role
The heart of Tokyo, Shinjuku Town
A melting pot of various tears
Don't let the trash trick you with their sophism

---(Ichiro Yamada)---
I bet you can't wait any longer, looking so leisurely

---(Samatoki Aohitsugi)---
Envying the light from the darkness

---(Jakurai Jinguji)---
We're going there by boat, be it for the best or the worst

---(Jiro Yamada)---
If you wanna wrench something open, first extend your hand

---(Saburo Yamada)---
Stealthily concealing even the tiniest of words

---(Samatoki Aohitsugi)---
As if it'd be that easy, just look at these scars

---(Fling Posse)---
Break off, welcome to being free and easy, let's aim higher

---(Dice Arisugawa)---
The demons are gone, now we can scatter some money

---(Jakurai Jinguji)---
Even if you're clumsy and unsociable, you can still pray for

---(All)---
Shoveling away old-fashioned rules
Sometimes we doubt, are lost and struggle
Winning a bracket, I'll make you say sorry
I'll look down on you from higher than ever before

Shoveling away unreasonable rules
Sometimes we doubt, are lost and struggle
Winning a bracket, I'll make you say sorry
Until the day I climb up to get that, I keep showing

Sew up a wound
どうあったって
Bound 2….